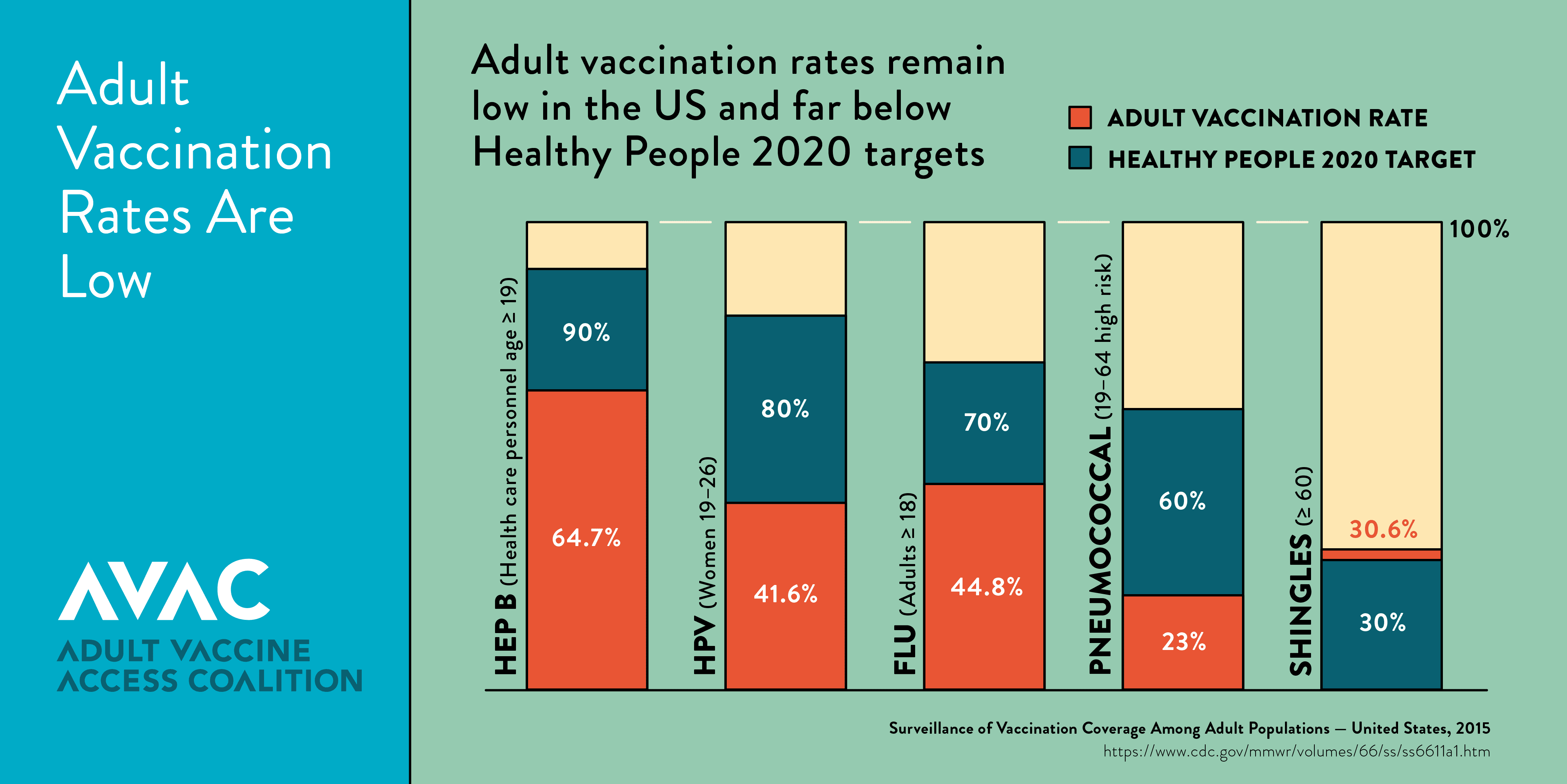 AVAC and The Next Frontier for Immunizations 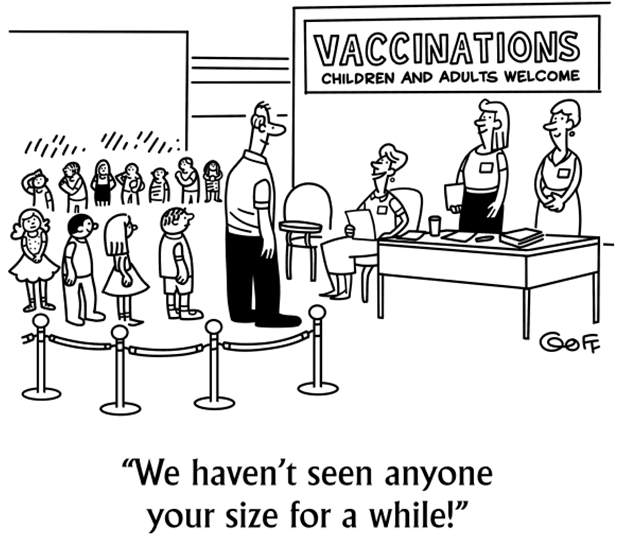 “In a world of massive information overload, we have to be loud and insistent with our vaccination message. Nowhere is that more true than in Washington, DC.” –  Mike Popovich CEO, Scientific Technologies Corporation

Perhaps you remember learning that the first vaccination was given in 1796. By the way, that was the same year John Adams defeated Thomas Jefferson in the Presidential election. (Imagine having that choice today. Sigh.)

And if your memory is particularly sharp, you’ll recall that an English country doctor named Edward Jenner gave that first inoculation by taking pus from a cowpox lesion on a milkmaid’s hand and injecting it into eight year-old James Phipps. Then, a few weeks later, Jenner exposed little James to smallpox, who survived, unaffected.

I’m not sure why Dr. Jenner chose an eight year-old, and I can’t begin to imagine the conversation with the kid’s parents, but that bit of history came to me when thinking about today’s topic, adult vaccines. Indeed, the co-Chair of AVAC recently described adult vaccines as “the next frontier.” In this issue of the IIN we visit with two of the people leading that journey.

AVAC, the Adult Vaccination Access Coalition, was officially launched in the fall of 2015 but already has 48 members and is tackling the tricky business of influencing national policy. There’s plenty of work to be done.

One of the people who drove the creation of AVAC was Lisa German Foster. She works with NVG, LLC, a D.C. government relations firm. With the help of a seed grant from Merck, the NVG team began investigating the possibilities for a coalition to bring greater focus on adult vaccinations. Of the team of three that began work on the coalition, it was Lisa who had a background in vaccinations.

Like so many folks involved in immunizations, Lisa fell into that specialty. Having gotten an MA at American University, she went to work for Rhode Island Senator Jack Reed. The Senator had been getting letters from state and local agencies about cuts to childhood vaccination programs. Lisa recalls, “He took those letters personally because he remembered having visited people in iron lungs. I was the one the Senator assigned to look into the problem.”

If any of us need a reminder of what vaccines have accomplished, take a look at what polio victims used to endure. The virus would paralyze the muscles in the lungs. The iron lung used negative pressure to cause the lung to inflate. 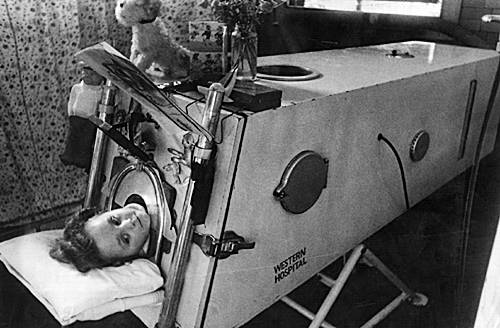 Early last year, Lisa and her colleagues tested the waters for a new group to promote adult immunizations. They began working closely with the Immunization Action Coalition’s Dr. L.J. Tan, who convened the National Adult Immunization and Influenza Summit. Lisa credits his “leadership and vision” with getting the organization off the ground. Response to the notion of a new organization was so enthusiastic that they were able to officially launch the group last September, with a dozen members, and with three areas of focus – health information technology, quality, and access.

When I asked for an example of the barriers to accessing immunizations, Lisa described the “fairly significant co-pays” encountered by some Medicare beneficiaries . So AVAC representatives met with senior members of the Center fro Medicare and Medicaid Services. 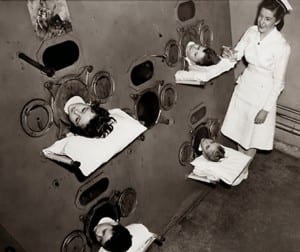 Since then, bipartisan members of the House and Senate have also reached out to the agency to urge them to provide specific costs/co-pays as a way to bring greater focus to the issue. Having gotten preliminary data, AVAC is contacting members of the House and Senate to ask for more and better information, and to seek ways to chip away at the barrier.

I also spoke about AVAC with Laura Hanen, the co-Chair. She’s Chief of Government Affairs for the National Association of City and County Health Officials. (That’s NACCHO, which to my disappointment is not pronounced “nacho” but instead, pronounced NAY-cho.) After an MA from Georgetown University, she went to work in Washington, including a stint working for Virginia Congressman Rick Boucher.

She told me, “As one who works for local health departments, vaccinations are our bread and butter. We’ve had great success with childhood vaccines and adults are the next frontier.” 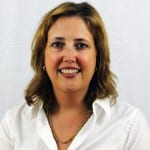 Of AVAC she says, “The great thing is that the organization represents so many different voices.” And while the group has goals for access, quality measures and health IT, she adds, “We’re working on all those at once, letting us pivot as opportunities arise. We’re not solely focused on legislative fixes, we work with federal agencies on actions they can take administratively.”

I asked if a crisis like Zika would help move the agenda forward. Laura replied, “We are working for a strong immunization infrastructure. If we have that in place, we can quickly develop and get out new vaccines. We want to be ready to move quickly in an emergency.”

Meanwhile, the folks of AVAC will continue to be the voice for greater access to immunizations. You can follow the group’s work at www.adultvaccinesnow.org or on Twitter @AVACNow.

“AVAC is on the front line of the adult vaccine issue, and they are getting all the right groups involved to spur change. For many years, policy makers have recognized – and addressed in large measure – the need for childhood vaccinations. Historically that is where both state and federal governments have stopped, so after about the age of 18, people don’t really hear much more about immunizations. STC is proud to work with the great staff at AVAC to help make adult immunizations an ongoing discussion and to further reduce the burden of vaccine preventable disease across all age groups.” – Karl Moeller, VP, Public Sector, Scientific Technologies Corporation