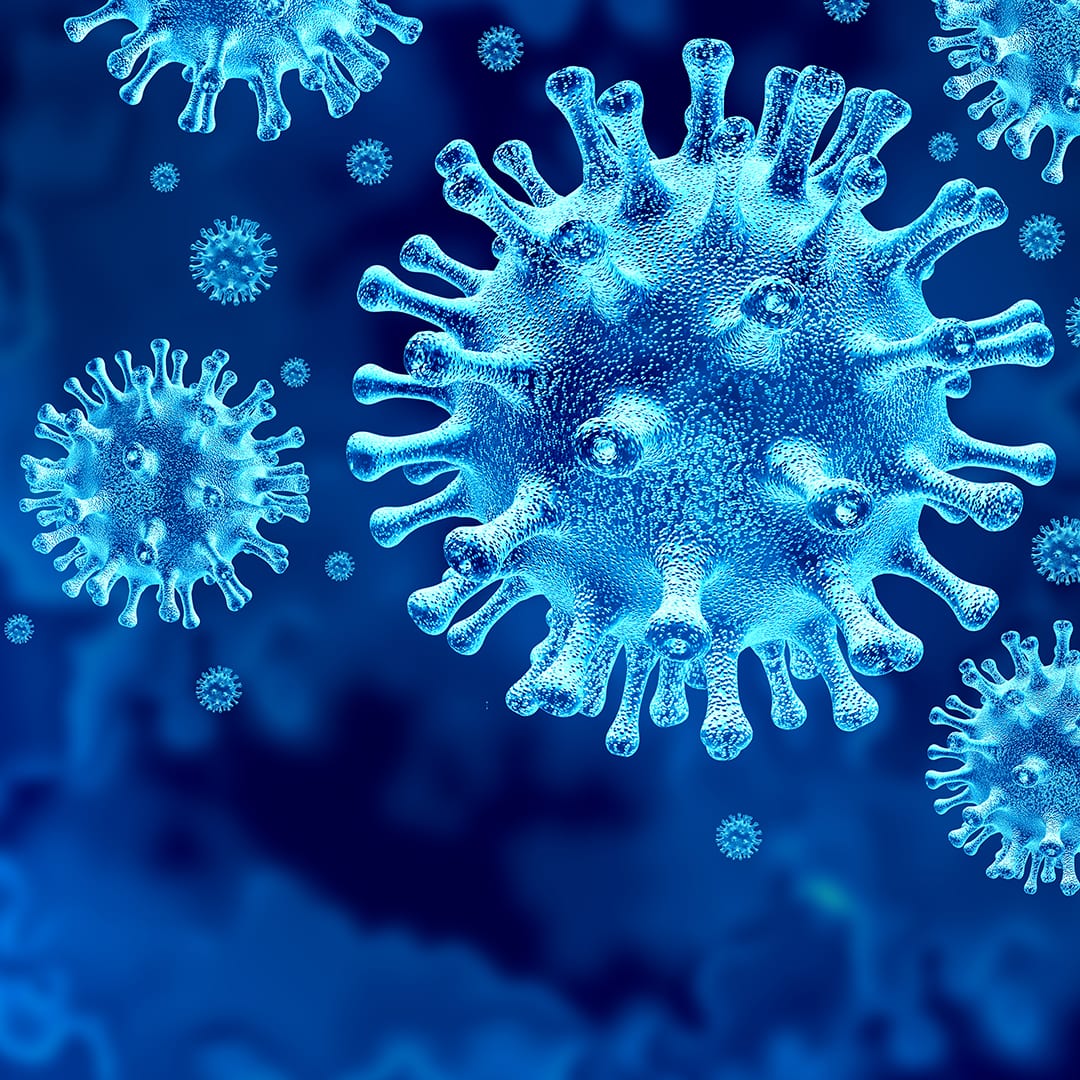 The global pandemic has made health disparities and vaccine access headline news. Fortunately, in the United States, COVID-19 vaccines are currently available with no out-of-pocket costs (OOPC) to patients. However, the conversation on health equity is only beginning, and policymakers have an opportunity to reevaluate the systemic barriers that affect certain populations disproportionately. For example, vaccines covered under Medicare Part D have an OOPC ranging anywhere from less than $10 up to the full list price of a vaccine ($150+). This is unlike the access provided under private insurance, Medicare Part B, or Medicaid through which patients typically face no OOPC for vaccines. COVID-19 vaccines will be covered under Medicare Part B as defined by the Coronavirus Aid, Relief, and Economic Security Act (CARES Act), meaning insured adults should continue to incur no cost sharing for COVID-19 vaccines after government-led procurement and distribution efforts end.

Regardless of COVID-19 vaccination coverage, examining the impact of Medicare Part D’s vaccine OOPC is critical for the many other immunizations that are or will be available to the senior populations. Congressional Committees are currently considering active legislation – H.R. 1978 Protecting Seniors Through Immunization Act of 2021– to remove these unique Medicare Part D cost barriers and better protect seniors through immunization. Data can provide necessary context as the conversation on vaccination and health costs continues. This blog, by analyzing patient vaccine abandonment, investigates how cost barriers deter vaccination and exacerbate unequal access to care.

Non-cost barriers to vaccination also exist, such as health literacy, mobility challenges, and vaccine hesitancy. If adult patients overcome these barriers, present at the pharmacy for a vaccine covered under Medicare Part D, and are approved by the payer, these patients are typically charged an OOPC per dose, further deterring some – particularly those from minority and vulnerable populations – from obtaining the vaccination. Eliminating OOPC for Advisory Committee on Immunization Practices (ACIP)–recommended vaccines is likely the most effective near-term solution to improve vaccine utilization among seniors. Analysis results discussed in this blog suggest that if OOPC for Medicare Part D-covered ACIP-recommended vaccines were eliminated for non-low income subsidy (non-LIS) enrollees, vaccine fill rates among patients who present at the pharmacy with a payer-approved vaccine claim could increase by nearly 60% (57% to 89%) compared to current cost-sharing arrangements and rates of in-pharmacy payer-approved vaccine abandonment. Furthermore, for Black and Hispanic enrollees, eliminating OOPC could increase in-pharmacy payer-approved vaccine fill rates by 91% (43% to 82%) and 89% (45% to 85%), respectively, which creates an additional opportunity to improve vaccine protection and address health disparities in those communities.

The Affordable Care Act (ACA) ensures commercial patients have no OOPC for ACIP-recommended vaccines, and Medicare patients face no OOPC for vaccines covered under Part B. Further, over 90% of Medicaid patients have no vaccine OOPC, and low-income subsidy (LIS) Medicare Part D enrollees have OOPC subsidized by the government, which results in vaccine OOPC under $10. Compared to other plans, the uniquely high cost burden for non-LIS Medicare Part D enrollees could contribute to growing health disparities in the U.S. by disproportionately discouraging vaccine uptake among the elderly and other at-risk populations. Additionally, OOPC are far from the only barrier in place for Medicare Part D enrollees, who have potentially overcome several obstacles (Figure 1) prior to presenting at the pharmacy.

This analysis of over 2 million patients from 2019-2020 across 10 ACIP-recommended vaccines assessed the impact of non-LIS Medicare Part D OOPC on patient in-pharmacy abandonment of specific vaccines; that is, the likelihood that a patient does not fill the vaccine despite presenting at the pharmacy and receiving payer approval. Specific vaccines included in the analysis were FDA-approved and covered mainly by Medicare Part D instead of Medicare Part B. IQVIA’s Market Access Consulting and Analytics team also examined whether OOPC may disproportionately impact some populations more than others using demographic and socioeconomic markers of potential vulnerability. These markers included the arrival of the COVID-19 pandemic, race/ethnicity, age, gender, education, household income, and the Social Vulnerability Index (SVI), a tool used by the CDC to determine social vulnerability for every U.S. Census tract.

About 70% of the Medicare Part D sample with a payer-approved claim are non-LIS, meaning that these enrollees face OOPC based on their benefit design and current annual spend. Almost all (95%) of these enrollees faced OOPC greater than $10 for ACIP-recommended vaccines, with nearly half facing OOPC greater than $50. In-pharmacy abandonment increased with OOPC and rates more than doubled (+164%) when comparing abandonment of vaccines with OOPC less than $10 to those with OOPC greater than $125 (Figure 2A). Findings were consistent across all vaccines examined and, before and during the pandemic (Figure 2B).

LIS patients (approximately 30% of the observed Medicare Part D population) face low, fixed co-pays as they meet low income/resources requirements that warrant extra government assistance. LIS patients who present at the pharmacy with payer-approved vaccine claims have a higher rate of abandonment compared to non-LIS patients who face cost-sharing <$10 (32% vs. 22% for non-LIS patients). Not surprisingly, LIS patients appear to be more price sensitive than non-LIS patients, even at low OOPC.

Segmenting the non-LIS results by race/ethnicity (Figure 3) shows that certain populations are more likely to abandon vaccines in the pharmacy than others. For instance, when asked to pay between $10.00 and $39.99, a common preferred drug copay range for Medicare Part D, White patients abandon 28% of payer-approved vaccines compared to 44% for Hispanic patients (+58%), and 42% for Black patients (+50%). Although the racial/ethnic differences of in-pharmacy abandonment varied within OOPC categories, the pattern was clear and consistent – at all OOPC ranges, the likelihood of in-pharmacy abandonment of payer-approved vaccine claims is much greater for Black and Hispanic patients than for White and Asian/Native American patients (Figure 3).

Similar patterns were found when segmenting results by Social Vulnerability Index (SVI), education level, and household income. After controlling for interdependencies across variables via logistic regression, all 8 markers of potential vulnerability were statistically significant predictors of in-pharmacy patient vaccination (p<.05). However, of these measures, intervening on patient OOPC offers the most direct opportunity to meaningfully impact vaccine uptake.

Eliminating or reducing OOPC for vaccines for non-LIS Medicare Part D enrollees, which would align the government program with most private insurance, is expected to have a substantial impact on reducing in-pharmacy abandonment. Figure 4 summarizes the predicted impact on in-pharmacy payer-approved Medicare Part D & ACIP-recommended vaccine fill rates if non-LIS OOPC were eliminated or capped at $10 — both overall and stratified by population. Eliminating OOPC is estimated to increase in-pharmacy, payer-approved vaccine fill rates by 56% (from 57% to 89%) overall. A further increase to in-pharmacy, payer-approved fill rates is expected among minority populations, with an estimated increase of 91% (from 43% to 82%) and 89% (from 45% to 85%) among Black and Hispanic patients, respectively. For patients who live in highly vulnerable counties, eliminating OOPC is estimated to increase in-pharmacy fill rates for payer approved vaccine claims by 69% (52% to 88%). Reducing OOPC to $10 is also estimated to have a major impact, albeit less dramatic than removing OOPC completely.

Certain populations in the U.S. face reduced access to healthcare providers, treatment, and health education. The COVID-19 pandemic has brought these inequities to the forefront, particularly among people of color. As demonstrated in the results above, patient OOPC for vaccines poses an additional barrier to healthcare access and contributes to lower vaccination rates in these at-risk populations, even after patients overcome barriers to vaccination and present to the pharmacy with a payer-approved vaccine claim. While OOPC are one of many barriers to vaccine uptake, a solution as conceptually simple as removing OOPC for ACIP-recommended vaccines – a practice already in place for vaccines that are adjudicated through Medicare Part B or private insurance – could greatly improve patient utilization of, and equity in access to, vaccination.

This analysis complements ongoing work by government committees to address consistently low adult vaccination rates in the U.S., which should include strategies to improve equitable access to vaccines. Currently, many policymakers are actively working to reduce healthcare inequity and improve access to COVID-19 vaccines, in part by covering COVID-19 vaccines under Medicare Part B and by providing additional reimbursement for in-home vaccination of Medicare beneficiaries. The House Committee on Energy and Commerce also recently held a hearing on June 15, 2021 on Enhancing Public Health through Vaccine Legislation, noting that “there are still significant gaps in vaccine uptake and coverage, varying by disease, age, race, and ethnicity.”

Removing OOPC, among other potential initiatives, would go a long way in improving vaccination rates among the elderly population and other at-risk populations, and protecting those who may need it most. It is also only the beginning of a larger conversation on equitable access to healthcare.