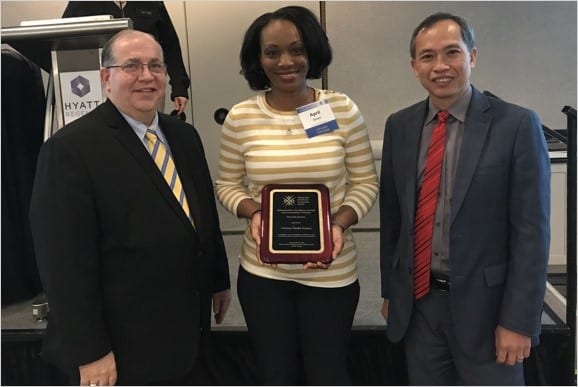 Every May, the National Adult and Influenza Immunization Summit (NAIIS) brings together stakeholders from across the country to Atlanta to celebrate the achievements of individuals and organizations that have set out to improve access to adult immunization. Adult immunization rates in the United States are far too low, resulting in thousands of hospitalizations and deaths. Despite these challenges, Mitchel C. Rothholz—chief strategy officer of the American Pharmacists Association and chair of the NAIIS Awards Committee—makes the case that the individuals involved in this area deserve recognition for the passion and strong convictions they bring to landmark immunization efforts.

The Summit Awards and honorees reflect the depth and breadth of excellence in adult immunization. Since 2012, the Summit has honored individuals and organizations working to improve vaccine access and coverage in unique ways. In 2015, the Excellence Award for Influenza Season Campaign was renamed to honor the late Laura Scott, the former executive director of Families Fighting Flu (FFF).  As described by FFF, her “tireless hard work, dedication and brilliance enabled its tremendous success. She spent countless hours educating the public and saving thousands of lives.” Scott’s legacy serves as an example to the immunization community, and the awardees embody and continue her work and efforts.

This year’s awardees serve communities from Sacramento to Orlando, from New Orleans to Detroit. They include individuals, public school systems, health departments, pharmacies, and even corporations. Nominees fall under six categories, each of which is evaluated by an expert committee. Rothholz notes that awardees must fulfill the 3 Cs across stakeholders and communities: Collaboration, Coordination, and Communication. For many of these awardees, collaboration is the key to increasing access and coverage for their target populations. For example, the University of Iowa College of Pharmacy, winner of the Laura Scott Outstanding Influenza Season Activities Award, more than doubled the number of vaccinations provided during the 2016-17 season thanks to partnerships and collaboration with university employees, students, area businesses, and the general public.

The achievements of the awardees are not just limited to the communities they serve; they also inspire other providers and communities to take their own approach to increasing adult vaccine access and coverage. According to Rothholz, the awards booklet highlighting winners’ achievements is then disseminated to Summit stakeholders and policymakers such as the CDC. This information-sharing reinforces the key role that collaboration plays, especially between the public and private sector. Awardees and Honorable Mentions also present their work, which sparks follow-up conversations between honorees and attendees that further spread the successes and new ideas.

All the awardees demonstrate impact, collaboration, originality, and opportunities. Rothholz notes that innovation is a constant theme among awardees, helping communities find solutions to lack of access and ensuring people get the coverage and treatment they need. The awards may only be announced once a year, but the honorees work tirelessly year-round to improve healthcare for all.