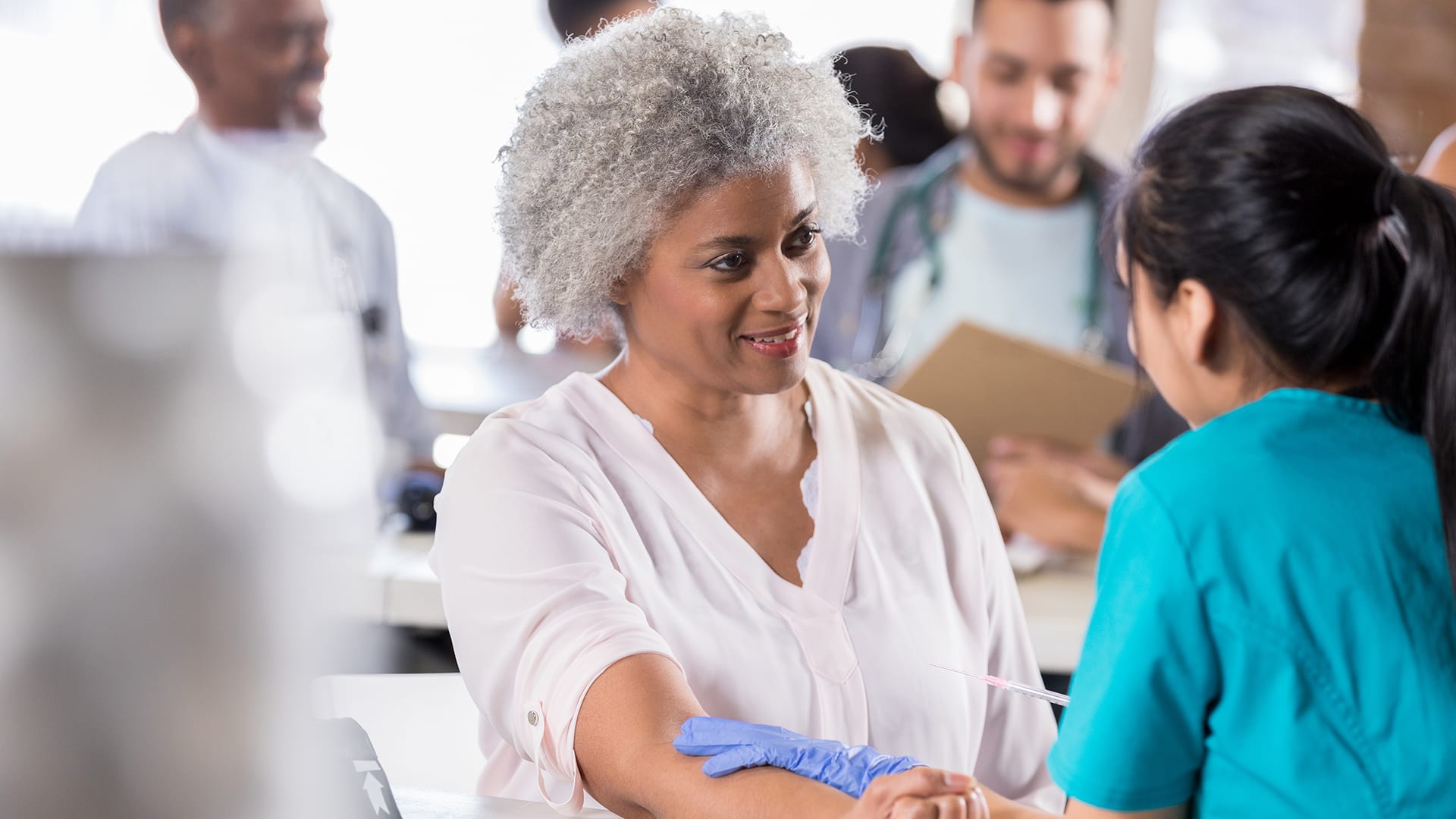 Originally Posted in The Hill

In 1999, the Centers for Disease Control and Prevention (CDC) named childhood immunizations as one of the greatest public health accomplishments of the 20th century. They had good reason: in the U.S., childhood vaccination rates for diseases such as chickenpox, hepatitis B, measles, mumps and rubella exceed 90 percent. Other diseases such as polio and smallpox, which once ran rampant among U.S. children, have been virtually eradicated and relegated to the history books.

What accounts for this unacceptable state of affairs?

One major barrier is cost. While health insurance coverage for Americans of all ages has expanded significantly under the Affordable Care Act — including free preventive health services like vaccines — too many adults still face significant cost-sharing requirements that can make vaccines unaffordable.
Consider Medicare beneficiaries. Medicare coverage for vaccines is divided between Part B, which generally covers outpatient medical insurance, and Part D, which covers prescription drugs. Vaccines covered under Part B are available to patients at no cost, while those covered under Part D require payment. In other words, because the flu vaccine is covered by Medicare Part B, seniors can get a flu shot for free. However, because shingles vaccinations are covered under Medicare Part D, seniors have to pay an average out-of-pocket cost of anywhere from $14 to $102 per vaccine, depending on their plans.

To some, that may not seem like a lot of money. But for seniors, many of whom live on fixed incomes such as Social Security benefits, such amounts, particularly at the higher end, may be beyond their means.

Another major barrier is access. A recent General Accountability Office (GAO) report found that many of the almost 22 million beneficiaries enrolled in Medicare Part D in 2009 did not receive the routinely recommended vaccinations covered by Part D. The report found that nearly half of Part D beneficiaries were not vaccinated for diphtheria or tetanus, while nearly 90 percent were not vaccinated for shingles. And even among Part D beneficiaries who have received those vaccines, the GAO found that most actually received them under different insurance plans.

That’s partly due to the complexities in the system. Under some Part D plans, patients must pay the full cost of a vaccine up front and then submit reimbursement claims to their plan administrators. That can be time-consuming and financially untenable. And in many cases, Part D patients can’t even receive vaccines at their doctor’s office — they can only get them at a pharmacy, which may not be readily available in certain areas.

Earlier this month, the Centers for Medicare and Medicare Services (CMS) sent a letter to Medicare Advantage and Prescription Drug Plans recommending that plans not charge patients for vaccines covered under Part D. I had urged the CMS to take that action and have also requested additional information about the current state of adult immunization cost-sharing for Medicare Part D beneficiaries so that we can take even stronger, bipartisan steps in the future to eliminate financial barriers to vaccines.

That’s an important first step, but more needs to be done. We are pleased to be working with the Adult Vaccine Access Coalition — made up of 45 organizations including healthcare providers, vaccine manufacturers, pharmacies, and public health, patient and consumer groups — on increasing access to adult immunizations. We need to educate adults of all ages and socioeconomic backgrounds about the life- and cost-saving benefits of vaccines. They must be available to everyone, not only to those who can afford to pay. And we need to simplify, rather than complicate, the process of obtaining them.

When he signed Medicare into law in 1965, President Lyndon B. Johnson declared that “no longer will older Americans be denied the healing miracle of modern medicine.” Unfortunately, when it comes to vaccines for adults, we’re not quite there yet. But by reducing cost barriers, improving access and raising awareness, we can ensure that adult immunization becomes one of the crowning public health achievements of the 21st century.

Green has represented Texas’s 29th Congressional District since 1993. Tan is the chief strategy officer for the Immunization Action Coalition and co-chairman of the National Adult Immunization Summit and National Influenza Vaccine Summit.