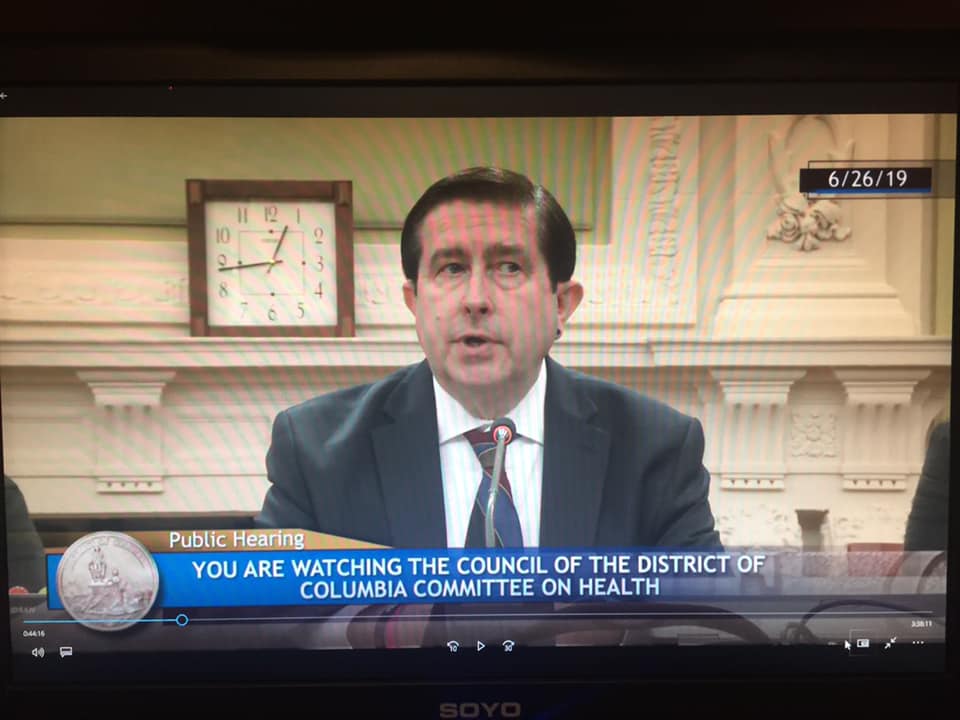 This past weekend, Vaccinate Your Family (VYF) lost a beloved colleague and close friend. Rich Greenaway, our Director of Operations and Special Projects, passed away unexpectedly at his home on Sunday. Rich was a committed champion of vaccinations and a superlative human being who dedicated more than two decades of his life to protecting people of all ages from vaccine-preventable diseases. He will be dearly missed by all who knew him.

Rich began his public health journey in the 1990s at the American Nurses Association (ANA) and became a project officer on a CDC-funded immunization grant for the ANA’s Foundation. In 2000, Rich accepted my plea to join me at Every Child By Two (ECBT) to oversee the fiscal and operational stability of the new nonprofit organization. He did his job with impeccable detail, while at the same time wearing dozens of hats that have led ECBT – now Vaccinate Your Family – to become one of the leading voices in immunization advocacy.

Rich was the face of our organization in Washington, DC and, in particular, on Capitol Hill. He was articulate and compassionate with everyone he met – from Members of Congress and their staffers, to families who lost a child, sister or parent to a vaccine-preventable disease, to people calling the office to question the benefits of vaccines. Rich was also a founding member of ImmunizeDC, putting his nonprofit and vaccination expertise to use to help ensure the health of his own community, and he volunteered his time with a number of groups including the LGBT Fallen Heroes Fund and Monday Night Gay Skating.

Rich made friends everywhere he went. He was cherished by so many for his patience, his empathy, his intelligence and his commitment to helping this world be a better place for everyone. Rich was devoted to his family. He never missed a birthday, graduation, holiday or gathering. He spoke of his parents, brothers, sisters, in-laws, nieces and nephews so often that we feel we know them. He also had an amazing network of friends, whom he and his husband Larry spent a lot of time with – whether it was roller skating (in the old days), line dancing, horseback riding, brunching or cruising around the world. Our hearts go out to Larry, his family and his friends. Rich will be dearly missed by the Vaccinate Your Family team and the entire immunization community.

In lieu of flowers, a donation in Rich’s memory may be made to the LGBT Fallen Heroes Fund, Vaccinate Your Family or ImmunizeDC.